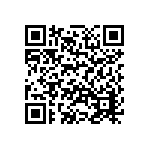 The removal of the decayed section forms a cavity in the tooth. This cavity must be sealed. The “filling” is done by the dentist to close the “hole”. There are mainly two types of fillings: amalgam and composite. Amalgam (gray in color) is made of a metal alloy. Composite is made of plastic polymers and is designed to match the color of your teeth.

Tooth decay (cavities) is caused by the acids of the mouth that are attacking the tooth which leads to decalcification and breakdown of the different structures of the tooth, starting with the enamel. Right from the outset, the dentist will detect this decalcification with the help of a dental explorer (also called a sickle probe) and by observing discoloration and brittleness of the tooth. This diagnosis is possible if the tooth decay is located on a visible part of the crown area of the tooth.

Then, if it is not eliminated, decay will progress and destroy the dentin layer.  At this point, a constant and thorough toothbrushing will not stop its progression because the brush’s bristles will not reach the infected site.

The survival of the tooth is severely compromised when decay reaches the pulp, therefore causing pain.  At this stage, a root canal treatment is practically the only way to keep the tooth without any danger or subsequent pain.

In addition to compromising the vitality of the tooth, the infection that has invaded all of the dental pulp can extend and form an abscess at the bottom of the root. The accumulation of pus in the abscess is actually a protective measure from the body to prevent the spread of infection.

Without the removal of the pus, symptoms like swelling, fever and acute pain will appear.  If the tooth is too affected by decay, tooth extraction will likely be the only way to eliminate the infection.

It is also important to know:

The main cause of tooth decay is the presence of plaque.

Despite regular toothbrushing, some dietary habits can promote the presence of plaque:

A tooth with a cavity is at risk and represents a potential danger for the oral health. Indeed, decay can spread from one tooth to another and cause various infections, including gum infection. To avoid this, the cavity has to be treated and since a tooth cannot regenerate itself, it has to be restored artificially to preserve its functionality. What are the restorative materials used in dentistry?

A variety a materials can be used for dental restoration. Some are stronger, others have more aesthetic appeal. To restore teeth, dentists use:

Here are some interesting facts about amalgam:

The amalgam consists of mercury, silver, copper and tin.

The use of amalgam for tooth restoration raises many questions. Some worry about the effect of this material on health. In fact, dental amalgams contain several metals including mercury and silver in the form of alloy powder. On the other hand, they do not contain lead (as suggested by the former name “plombage” used in french). However, some dentists voluntarily decide not to use amalgam as a restorative material.

If you must choose between amalgam or composite resin restoration, it is better to inquire about the cost of each of these options beforehand.

For those who are covered by the RAMQ for the reimbursement of dental fillings, it does not cover all composite restorations. Someone who chooses the composite resin for an ineligible tooth will have to pay the full cost of the restoration.

In addition, many insurers cover only a certain percentage of the amalgam restoration and only on some teeth.

The toxicity of mercury in amalgam restorations is a source of concern for several people.

Here is some information about it (text from the website of the « Ordre des dentiste du Québec »):

« Dental amalgams release mercury vapours, especially when we chew. Scientific studies have shown that the actual amount of metallic mercury released is well below the toxic threshold.

In fact, we all absorb other forms of organic mercury from the environment every day, from the air, water and some foods, like fish.

Health Canada does not feel that a complete ban on dental amalgam is justified, and neither is the removal of existing sound amalgam fillings. Furthermore, there is no evidence that dental amalgams are causing illness in the general population. »

No study was able to show that amalgam causes kidney problems or neurodegenerative disorders. The use of amalgam is limited in some countries, including Germany, Denmark, Norway and Sweden.