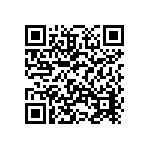 The toxicity of mercury in amalgam restorations is a source of concern for several people.

Here is some information about it (text from the website of the « Ordre des dentiste du Québec »):

« Dental amalgams release mercury vapours, especially when we chew. Scientific studies have shown that the actual amount of metallic mercury released is well below the toxic threshold.

In fact, we all absorb other forms of organic mercury from the environment every day, from the air, water and some foods, like fish.

Health Canada does not feel that a complete ban on dental amalgam is justified, and neither is the removal of existing sound amalgam fillings. Furthermore, there is no evidence that dental amalgams are causing illness in the general population. »

No study was able to show that amalgam causes kidney problems or neurodegenerative disorders. The use of amalgam is limited in some countries, including Germany, Denmark, Norway and Sweden.