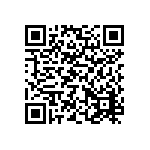 Dr. Martel works in general dentistry with a special interest in high technology helping to provide the best possible care to his loyal customers. Both a dentist and a CEREC 3-D technology instructor in Quebec since almost ten years, his passion for dentistry is reflected in the personalized relationship he maintains with his clients.

Graduated from the University of Montreal in 1988.

2-year training in Orthodontics and Dentofacial Orthopedics at the International Dental Institute in 1990.

Certified CEREC instructor from the International Society of Computerized Dentistry in Berlin, Germany, in 1998.

Training in Cranio-Mandibular Joint Dysfunction (level I) with Dr. Alain Landry in Quebec City in 2000.

“Lasers in Dentistry” course at the Academy of Laser Dentistry with Dr. Michael Swick in Orange County, California, 2001.

One-year mini-residency program in orthodontics with Dr. Widzig in Toronto, 2002.

Dr. Martel also acts as a speaker at events like the Annual CEREC Symposium in North America.